On Keyboards and Layouts

As the German keyboard layout has some drawbacks when it comes to IT (box brackets, braces and backslash with modifier key) I started to use an Englisch layout. I have chosen the United Kingdom one since it has the same physical layout as the German, but an IT friendly mapping. Therefore I can use it also with German keyboards. A drawback of the UK Layout is the lack of German Umlauts.

My search for a valuable keyboard with UK layout (and shipment to Austria) led me to the Filco Majestouch-2 with CherryMX brown mechanical switches. I ordered it at The Keyboard Company (UK), it was delivered the next day (from UK to Austria).

The keyboard isn't quiet. Even if the CherryMX brown are not clicking you probably wouldn't use it in an office environment. It has a clearly hearable typing sound. I don't now if this is because of the switches or due to the keyboard design. I added some noise damping o-rings to they keys which reduced the sound but also the switching path. Yet the typing behaviour is still fine.

One thing that is really annoying with the Majestouch2 is the noisy spacebar. There is some lash at the stabilizing mechanism and almost always I put a thumb on the spacebar it makes that annoying clicking noise. 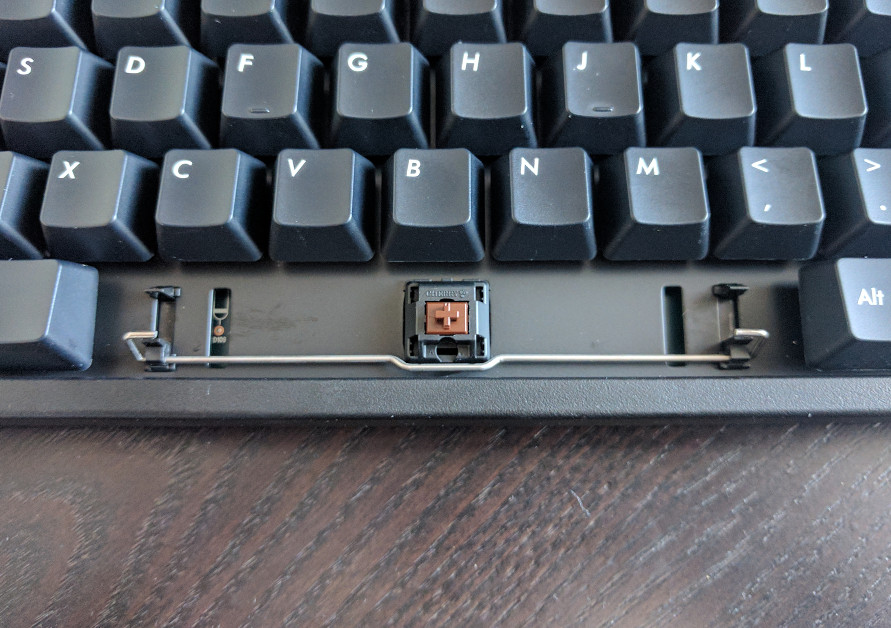 If you live in a German-speaking Country and you are into computers, you probably should have a look at the UK layout and at this keymap for umlauts. You might like CherryMX brown switches or more the clear ones. You likely wouldn't buy a Filco Majestouch 2 because of the noisy spacebar.